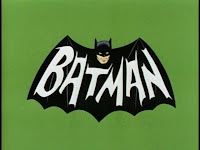 My first exposure to super-heroes was Batman. My first exposure to Batman was through reruns of the 1966 live action Batman television series starring Adam West and Burt Ward. Growing up outside Chicago. I caught Batman first on WGN, Channel 9 and later on WFLD, Channel 32. The show was awesome. I loved it! of all the actors that have played or voiced Batman, including Ben Affleck - just cast to play The Dark Knight in the sequel to Man of Steel - I think Adam West is my favorite, because he was my first.

Now, I have to admit that there are other fans like me that are probably more passionate about the show than I am. The Bat-blog is just one of many, many sites devoted to Batman and the 1966 series. Jim Beard's Gotham City 14 Miles is another cool look at the series. Wally Wingert is a huge fan. I loved his version of "Wild, Wild West", Adam West!


Chris Mason is a Batfan. So is John Mogan "Bat" Neal. One of my favorite sites to visit is The Lost Issues, which boasts an archive chock full of The Brave and the Bold team-ups with The Batman. Other than maybe Bob Kane, Bill Finger, Jerry Robinson, or the maybe the late, great Mike Parobeck, Ty Templeton is probably closest associated to the character in comics now. Yeah, there are other, "better" artists; like say, maybe Jim Aparo, but I mention Templeton, because he's been involved in a lot of the Batman tie-in books, like the current Batman '66. Jeff Parker is writing the book and Jonathan Case is the primary artist, but Templeton just nailed the main story in issue two featuring The Penguin (Burgess Meredith) and Mister Freeze (Otto Preminger). 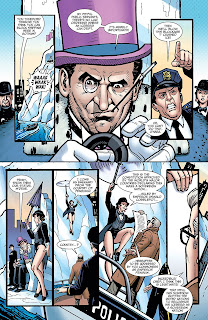 Parker said in an interview that he would like to have Killer Croc base on Ted Cassidy who played Lurch on The Addams Family, as well as characters on Star Trek, I Dream of Jeannie, Butch Cassidy and the Sundance Kid and The Six Million Dollar Man. He was a voice actor as well lending his voice to cartoons. One of the final things he did was narrate the opening to The Incredible Hulk television series.

Every one wanted to be on the Batman television series.

That got me thinking. Why weren't characters like Two-Face, Clayface, The Scarecrow, Poison Ivy, Julie Madison, Vicky Vale or Kathy Kane on the show. Producers created Chief O'Hara for the series, and he had never appeared in the comic books. Circus performer Dick Grayson was given an Aunt Harriet, one of the few female roles on the series, as a way to balance out the boys club. If Bruce Wayne was such a ladies man, why didn't he have a steady or semi-regular girlfriend or fiance like he did in the comic books?

That got me thinking.

For grins and giggles, I'd love to re-cast the 1966 Batman television series.

So, we have Adam West as Batman/Bruce Wayne and Burt Ward as Robin/Dick Grayson. The legendary Alan Napier as Wayne family butler Alfred Pennyworth and Neil Hamilton as Commissioner Jim Gordon. Now, if we can't undo the casting of Stafford Repp as the stereotypical Chief O'Hara, then I would certainly limit his appearances and make him a recurring character. A couple of characters that were created later might not have been bad to introduce.

Madge Blake's Aunt Harriet is something else entirely. Instead of an Aunt Harriet for Dick Grayson, I would go modern and introduce Dr. Leslie Thompkins. The young woman who was there immediately after the Wayne's were murdered, and with Alfred, were there for Bruce as he grew and developed.

I would develop a romantic triangle between Bruce's fiance, Julie Madison and the adventurous Kathy Kane. I would also introduce news photographer Vicky Vale, who is bent on unmasking Batman and revealing his true identity. I would also add Jack Ryder as the crusading television reporter exploring the Batman phenomenon. I would also have Lucius Fox as part of the series as the Wayne Foundation administrator.

But before getting to any of these changes, the first regular cast member I would add would be Bruce Wayne's good friend and Batman's most fiercest adversary, Gotham City District Attorney Harvey Dent.

Although legend has it that Clint Eastwood would have been a news anchorman who became disfigured by an exploding television to become the gruesome Two-Face; and some fans have pitched actors like Warren Beatty for the role, I would suggest Lyle Waggoner. Waggoner famously lost the role of Bruce Wayne/Batman to Adam West. He was a regular on The Carol Burnett Show and later played Steve Trevor on the '70's series Wonder Woman. 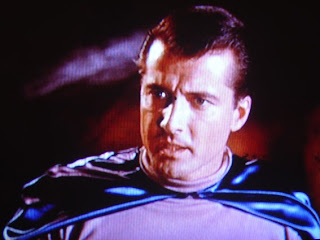 I would have Mr. Waggoner, as Harvey Dent, a part of the series from the start. I would have him there in place of Chief O'Hara. When Batman is served by Frank Gorshin's The Riddler in the premiere episode, I would have him as Batman or Bruce consult his friend Harvey for legal advice. I would have Harvey around to break up the formula of the show. Harvey would give the series some variety. I would also transform him into Two-Face by the end of the first season. Another nod from the future Batman: The Animated Series, I would have the late Natalie Wood from West Side Story as Harvey's long-suffering fiance Pamela Isley. She would be revealed midway through the first season as the vixen, Poison Ivy. Julie Newmar's Catwoman stands out as the one recognizable rogue from the comics. Some, if not all of the other female rogues were fairly obscure. Wood's film schedule may have prevented her from appearing, maybe Jessica Walter would have been more available. Walter might be better for the role, later starring in Play Misty For Me, opposite Clint Eastwood, and several on-screen roles as a villain. One of my favorite performances is on Quincy, where she murders her doppelganger and assumes her identity. 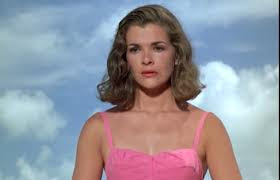 Okay, so, we have the Dynamic Duo, Alfred Pennyworth, Commissioner Gordon; along with D.A. Harvey Dent and his fiance, Pamela Isley.

Stay tuned as we look at who should be on board as Dr. Leslie Thompkins, Julie Madison and her father, the honorable Judge Madison.

If you have suggestions, or feedback, I'd love to hear them in the comments below.

AirDave
Hi! I'm Dave. I read comic books. I like going to the movies. When I can, I like watching NCIS. I'm a new dad. I have two boys; Ethan (12) and Justin (11). My wife and I have been on an incredible journey to become parents. Right now we are in the process of adopting our third child a daughter. My boys don't have any interest in comic books, which is fine by me. They love sports; soccer, basketball and baseball. They like video games. I used to have a very wide interest in comic books; but now, I've drawn a line in the sand at 1985. With very few and rare exceptions, my interest in comics is from the time I started reading them, around 1974 through 1985. Who doesn't love Golden Age comics or characters? Who isn't a fan of the Silver Age? A lot of cool stories were told in the '70's and early '80's. Crisis on Infinite Earths and Secret Wars changed the definition of "fun" in comics forever.